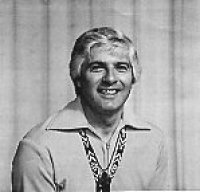 Mick Groves was born in the City of Salford nr Manchester. After his schooldays he went to Hopwood Hall Teacher Training College. He then began teaching in Liverpool. He followed this profession for six years in various secondary schools ending up as Head of Science at St Fancis Xaviers Bi-Lateral Boys before leaving to go on the road with The Spinners. 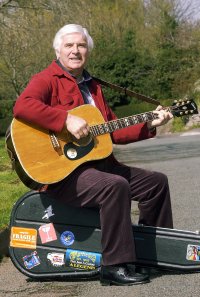 His music making began at an early age imitating Carmen Miranda at a school fancy dress party. He went on to sing in the church choir and eventually play the euphonium (briefly) in the 92nd Salford scout troop. An early interest in jazz would find him outside the Saints Jazz Club in M/Cr. (too young to go in). It was natural that when he found the jazz band at Teacher Training College had disbanded, he accepted the invitation from Tony to join his Gin Mill Skiffle Group as a washboard player and singer of Lonnie Donegan hits. The Gen. Sec. of the Musicians Union wrote to thank him for joining the union but didn’t think there would be much session work going for him.

Mick quickly graduated to play guitar and share the vocals with Tony, and the Gin Mill soon became a top group in the North West and shared the opening of The Cavern Jazz Club’s Skiffle Night with the Ron McKay Skiffle Group. Mick was eventually to have his 21st. birthday ‘Do’ at a Sunday session at the Cavern where the Gin Mill shared the bill with Clinton Ford and the Royal Caribbean Serenaders. Through 1957/58 as the Cavern became less and less jazz and skiffle became electrified the Gin Mill bit the dust and the SPINNERS came to be. 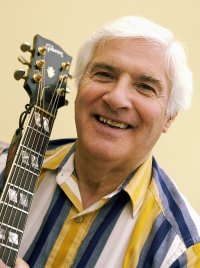 Full of confidence and having started to build a small repertoire of British and West Indian songs The Spinners started The Spinners Folk Club in Oct.’58. Immediately after the opening night, the group piled into a mini-bus and set off for an EFDSS festival in London. This was a significant event for Mick for there he became a certified singer of English unaccompanied songs and he found a song in Sing Magazine which has stayed with him since. That song was the Flowers of Manchester about Man Utd., and the air crash at Munich.

Like all converts to folk, Mick quickly became a proselytiser and was invited to start a night class on folk music. Naturally he brought Tony in to help (he had all the music on records and tapes). This class proved to be a first in the country and became a great influence on the emerging folk scene on Merseyside.

As well as singing and playing, all the band had jobs off stage to keep the wheels on the wagon rolling. Mick had to make sure that they knew where they were going and the time they needed to leave home. When they got to the venue he would check out the lighting, the staging and with Hugh he would do the sound check. As an ex-science teacher he also had a keen interest in all things technical in radio, TV and recording studios. Eventually he also took over most of the driving from Cliff. 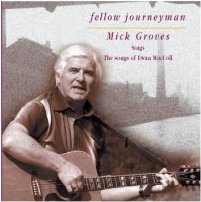 He became the group ‘shop steward’ when they joined the Varity Artistes Federation which was eventually subsumed into Equity the actors union. Always a keen supporter of the Labour Party, he became a founder member of Arts for Labour when invited by the late, great, Bill Owen. Through this involvement, when The Spinners retired, he became more involved in politics and was elected as local councillor in Moreton, Wirral in May1990. He then became Chair of the Education Committee, a position he held for nine years before retiring from politics in 2002.

Now he has re-located to Exeter in Devon and is starting at the beginning again. He does gigs with a variety of local musicians, some of whom worked on his first Solo CD ‘Fellow Journeyman’ where he sings songs collected and written by Ewan McColl.